The glamorous Day-Date, also known as the President, quickly became Rolex's flagship watch, originally produced in only two precious metals - 18k gold and platinum. No matter what the occasion, the Rolex Day-Date makes a statement, marking the wearer as a connoisseur of class and horological know-how.

At the time of the Day-Date’s release in 1956, the model was plagued by technical problems resulting from the complexity of the automatic movement but those were soon resolved. The Reference 1803, debuted in 1959 is one of Rolex's longest-running references ever produced. One such model is the present beauty, well preserved, with rarely seen no-lume hands and indexes and cased in white gold, which is significantly rarer than its yellow gold counterparts. With it’s 36mm case, it’s sunburst silver dial, it’s fluted bezel and it’s Englisch calendar this Day-Date model is a subtle execution of one of Rolex's crown jewels. 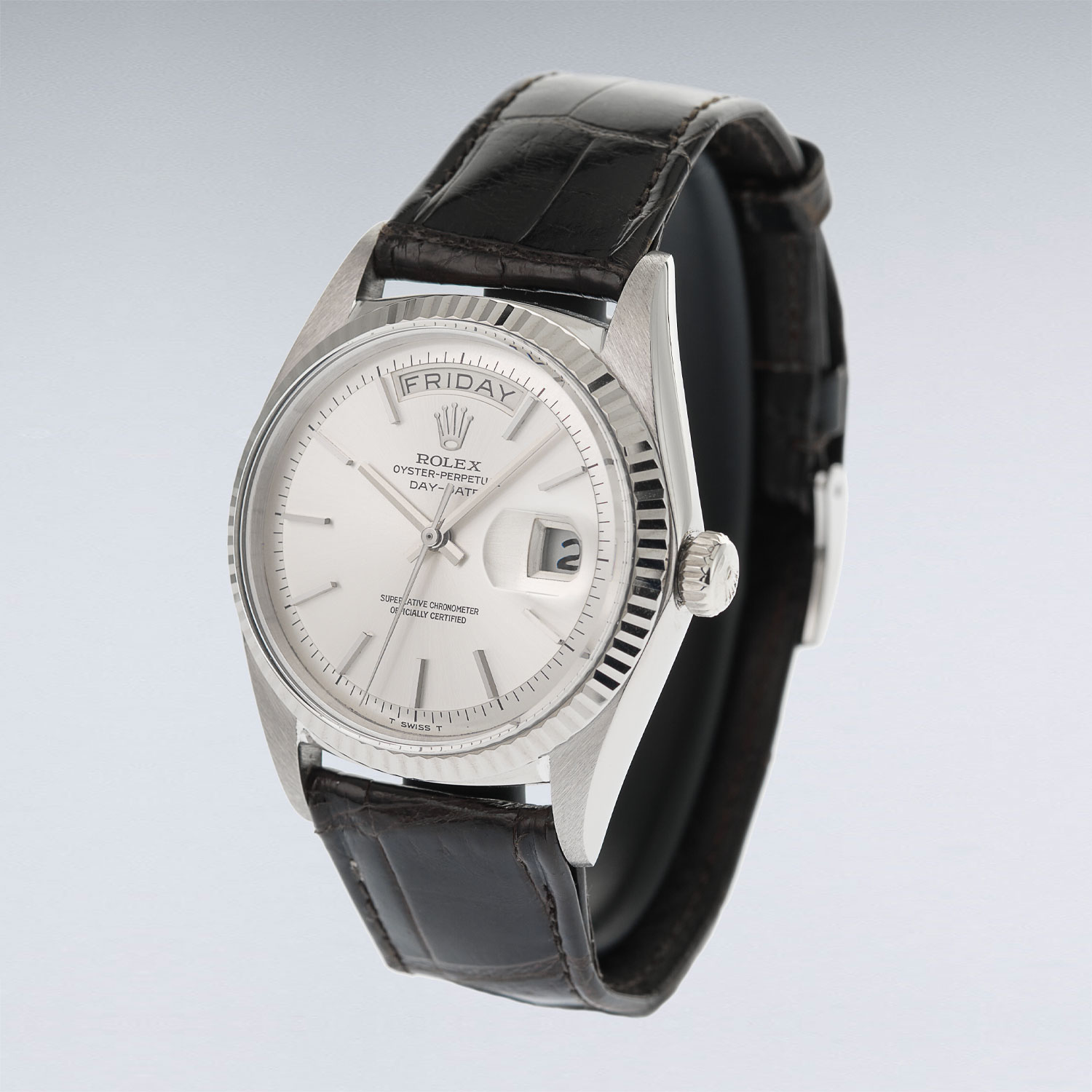 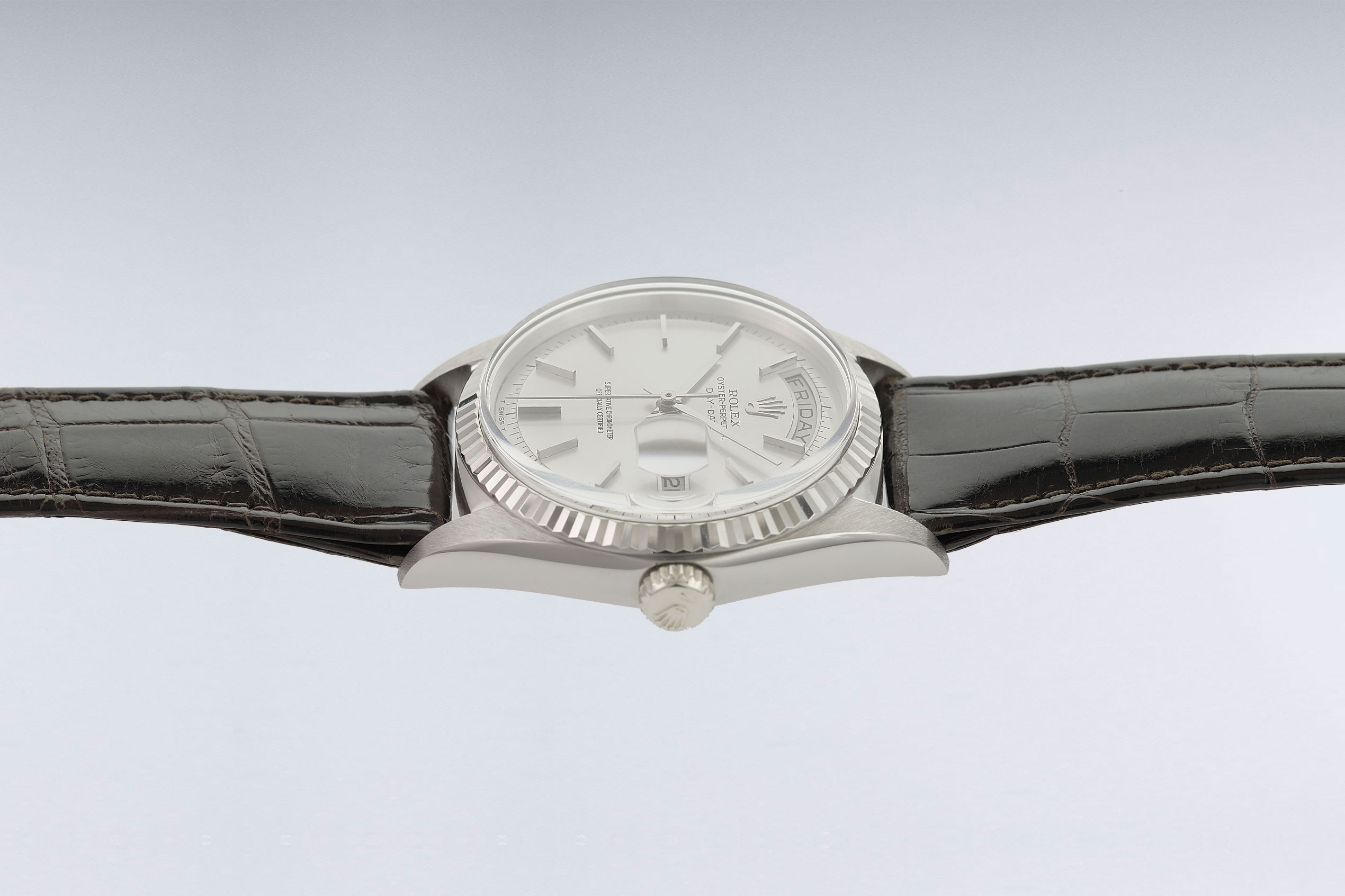 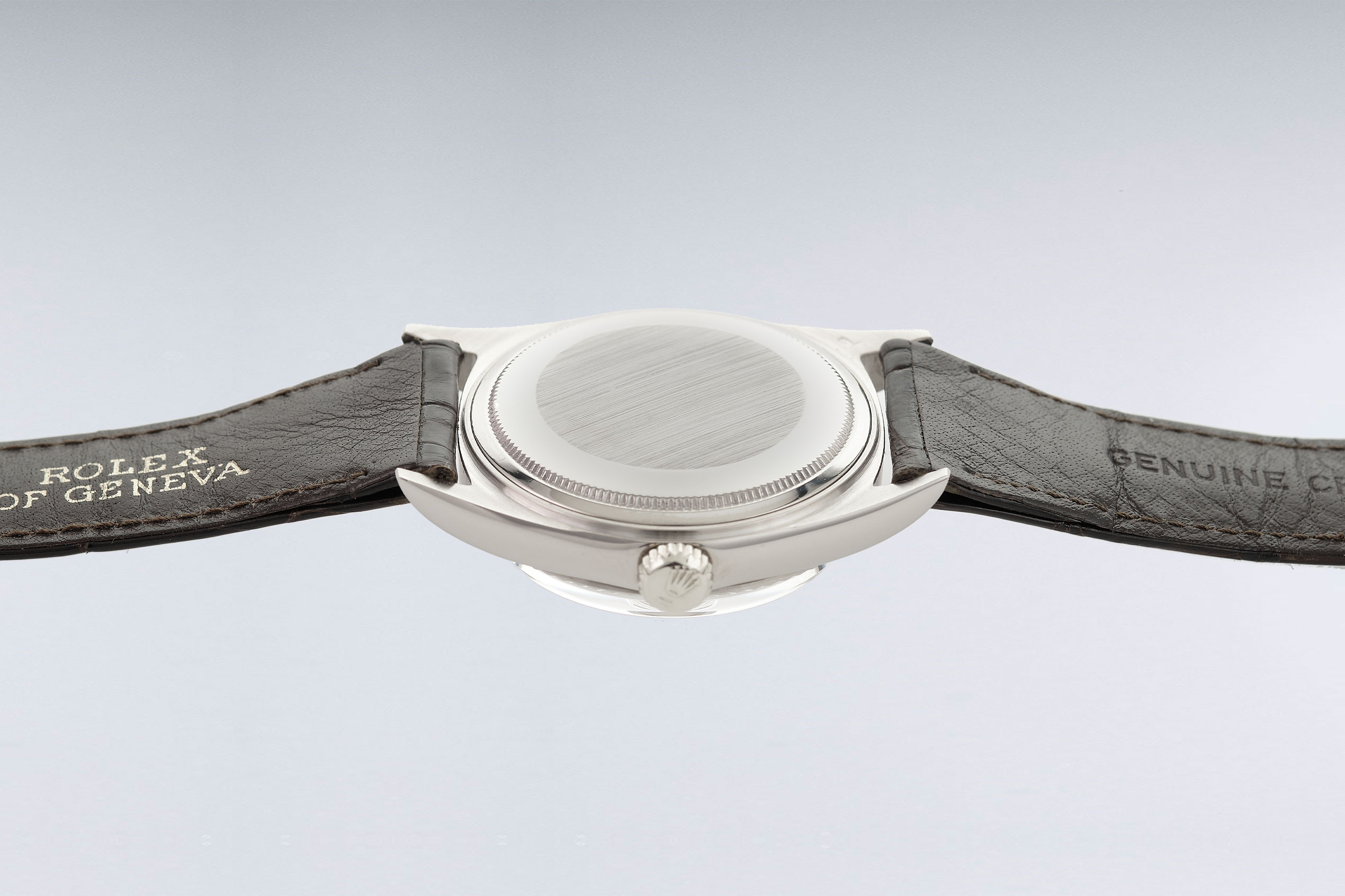 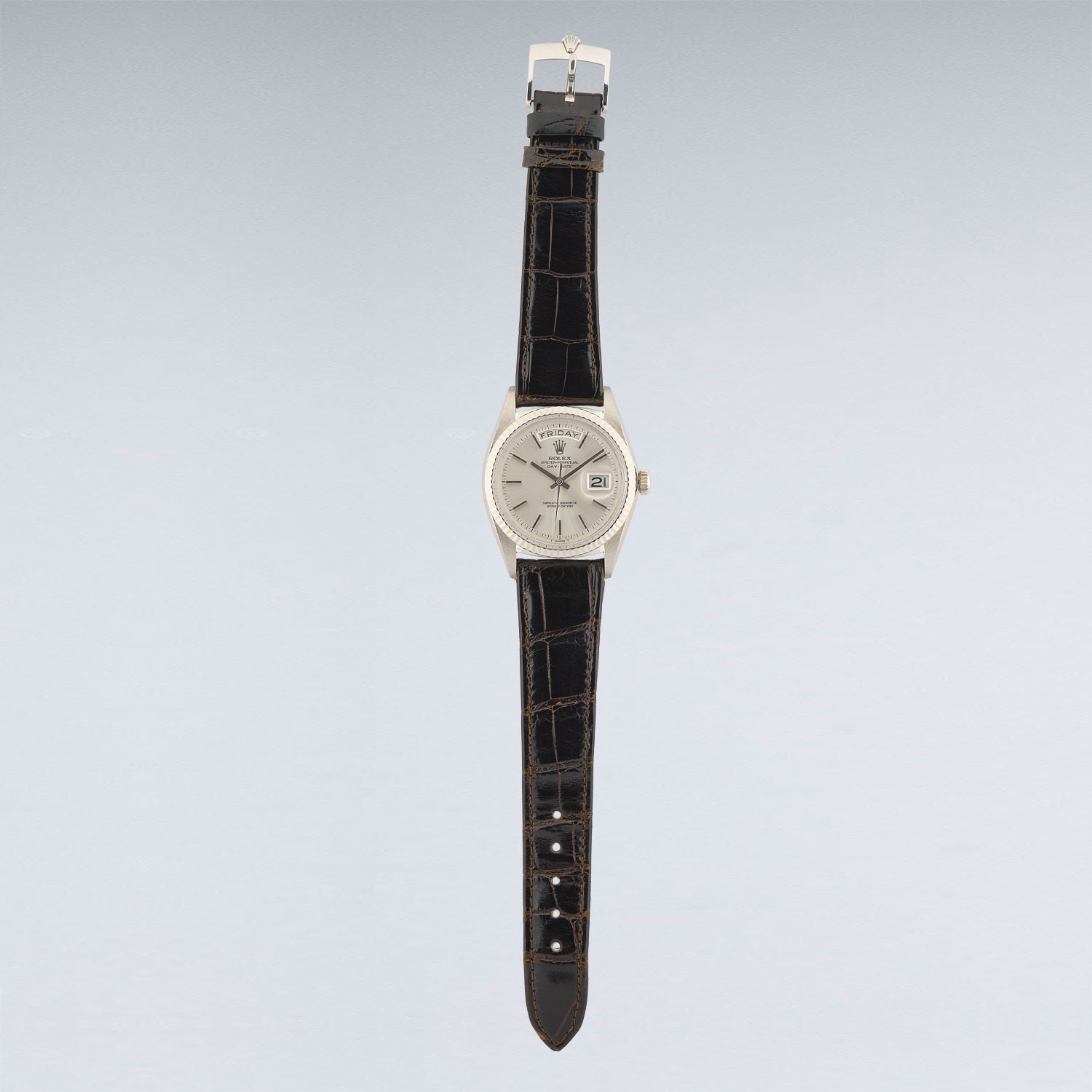 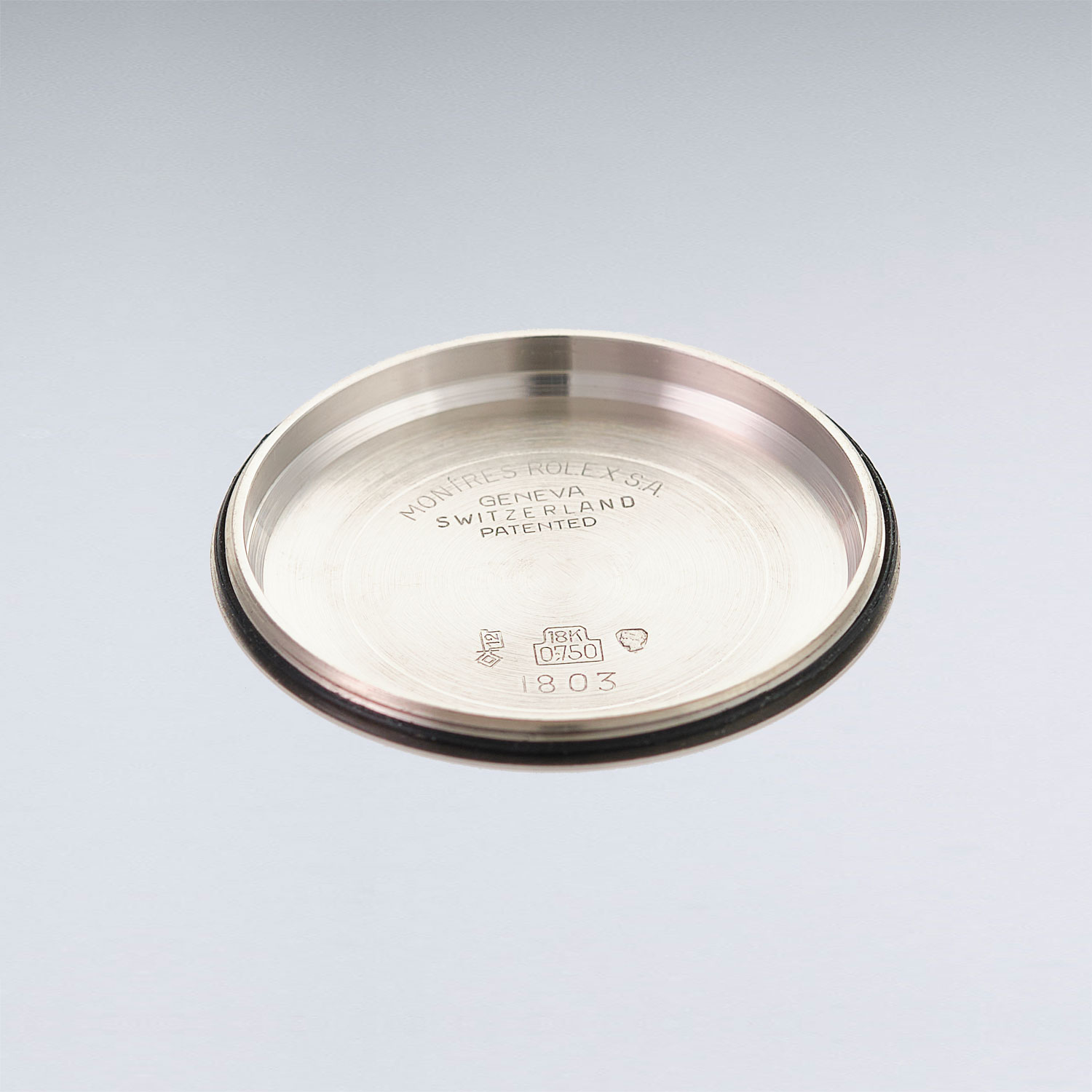 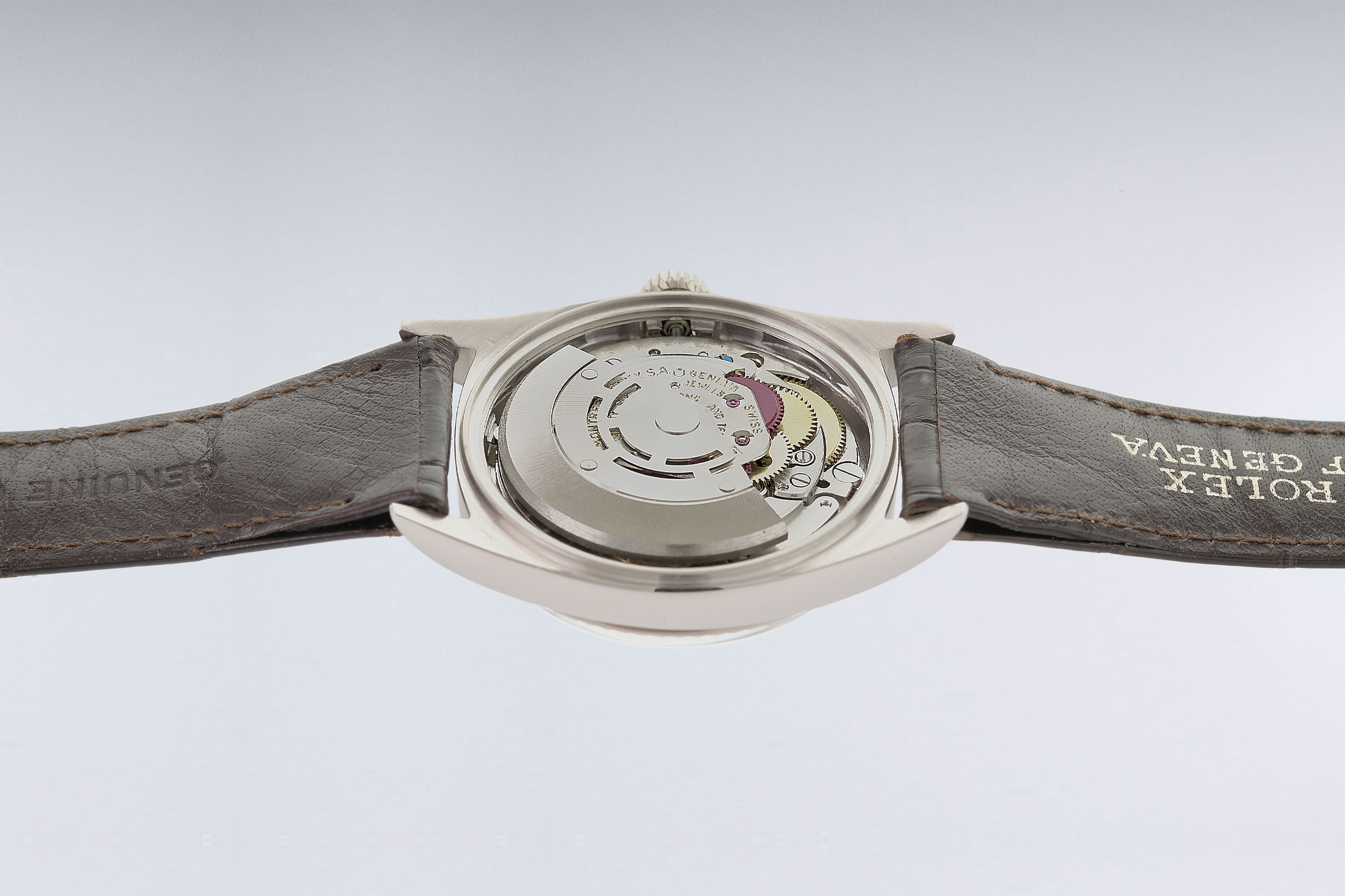