The rose golden beauty with its 36mm diameter case and its charismatic indexes is well proportioned and fits perfectly around a men’s or women’s wrist. A fantastic example of what Longines was doing right in the 1950s

Longines is a fascinating brand. The Swiss manufacture, founded by Auguste Agassiz in 1832, evolved into a pioneer in the evolution of the chronograph. During the 1930s, Longines' chronograph wristwatches were used as tools for wartime aviators and military personnel and the brand became an important supplier to militaries of various nations. Known for the elegance and technical mastery of its chronographs, Longines can also be credited for maybe lesser known but not less impressive dress watches. Ranging from the restrained pieces of the 1940s to the more elaborated gold versions of the 1960s. Longines had its finger on the pulse of the trend throughout the mid-century.

The present watch was invoiced on 11 November 1955 to Girod, Longines’s agent in Spain at the time. Inside the case is the Longines caliber 30L, an in-house, manually wound mechanical movement. This example shows a crisp case with strong lugs. The off-white dial is surrounded by tiny, rose-gold dots for the minute track, and the entire dial is set off by a sharp set of rose-gold dauphine hands. Preserved in excellent condition, this dressy companion, ready of any occasion, is a good choice for those with a refined taste. 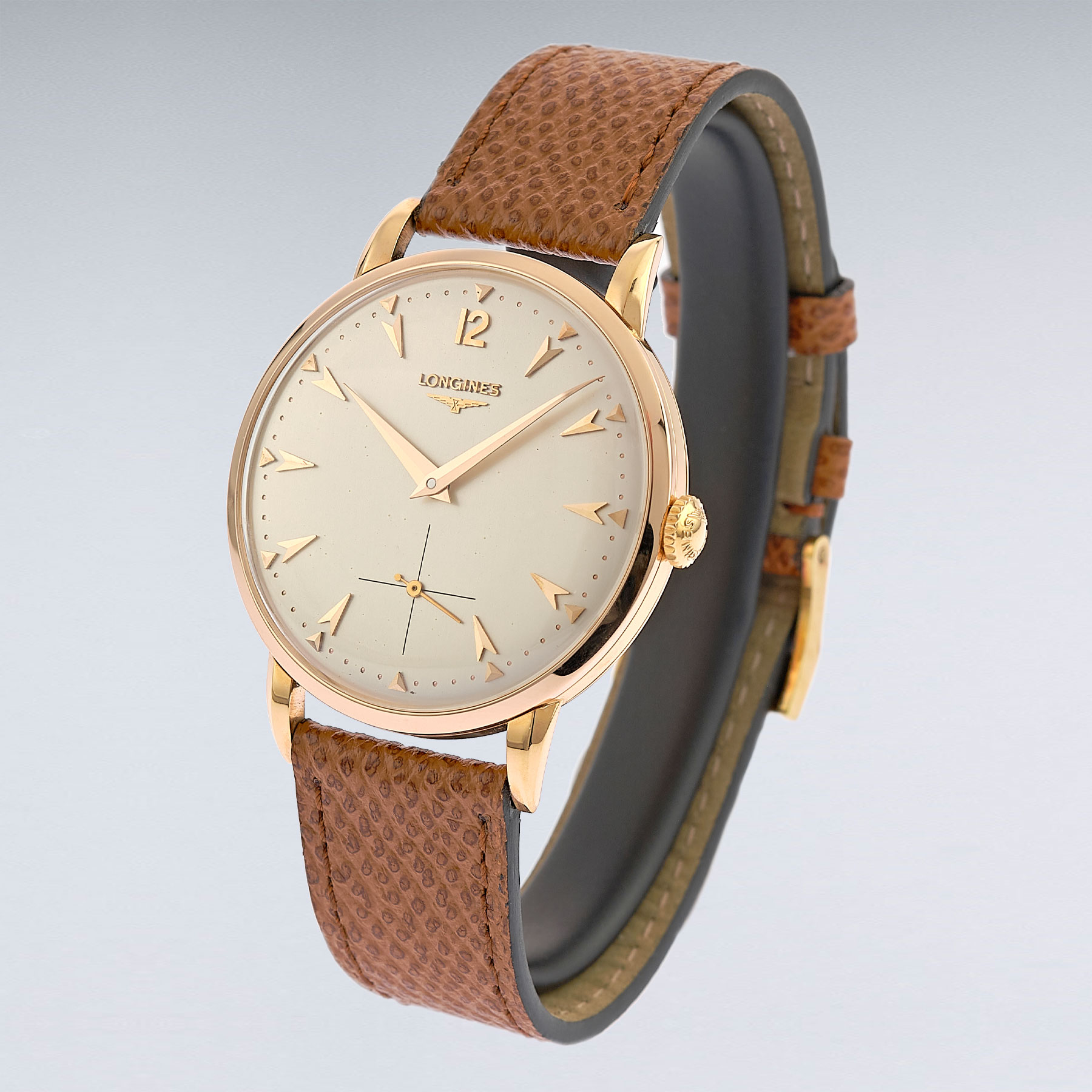 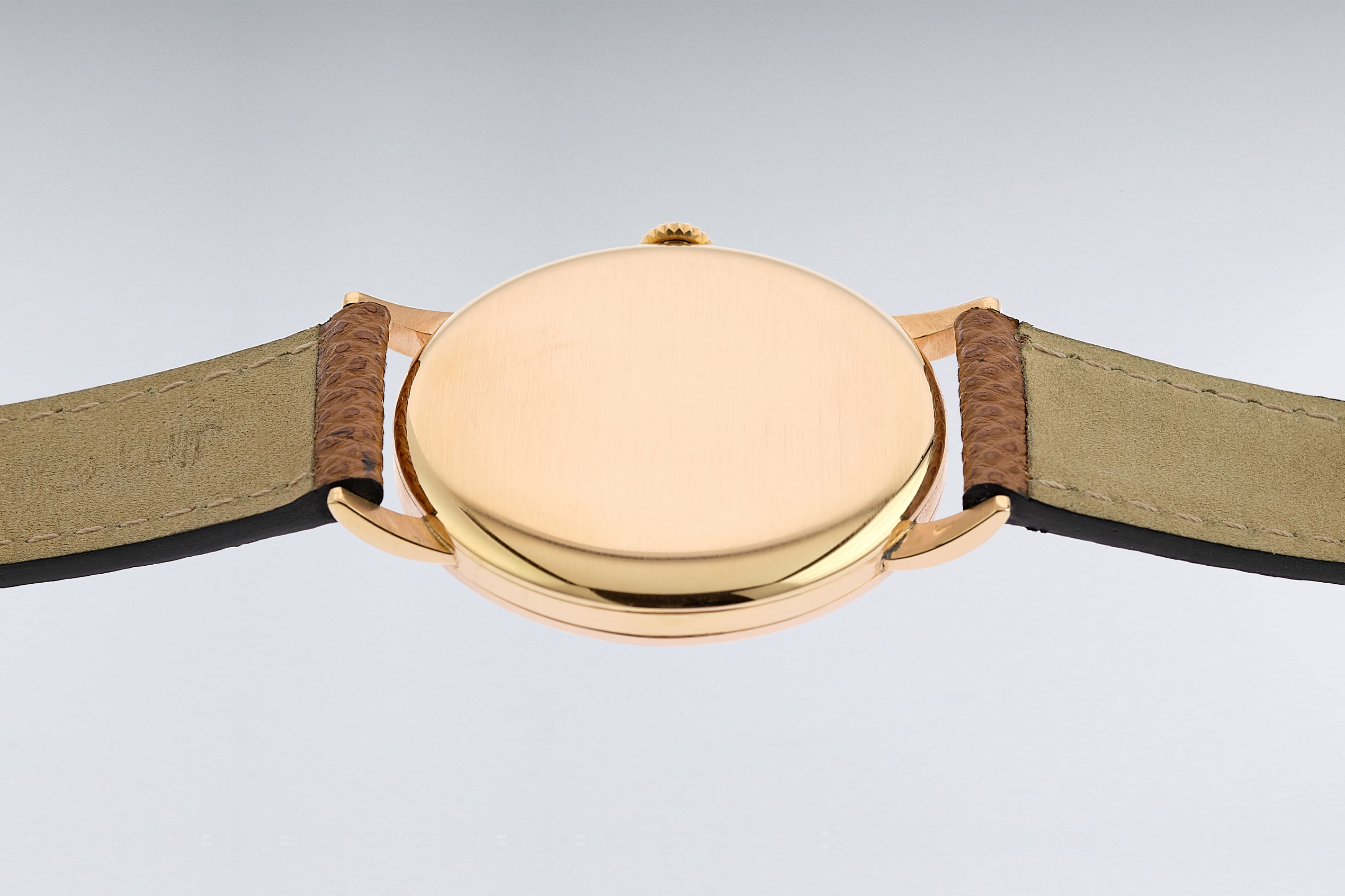 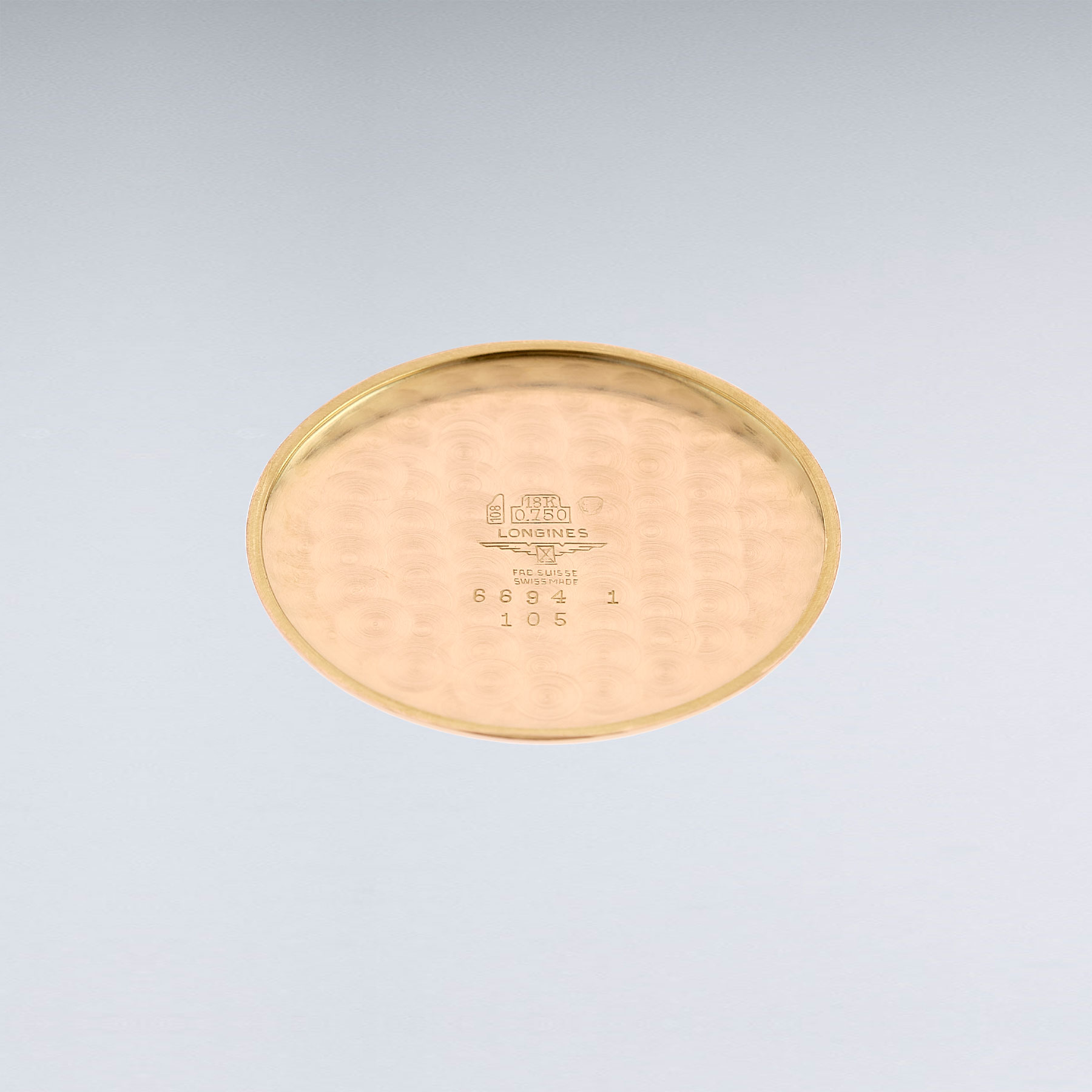 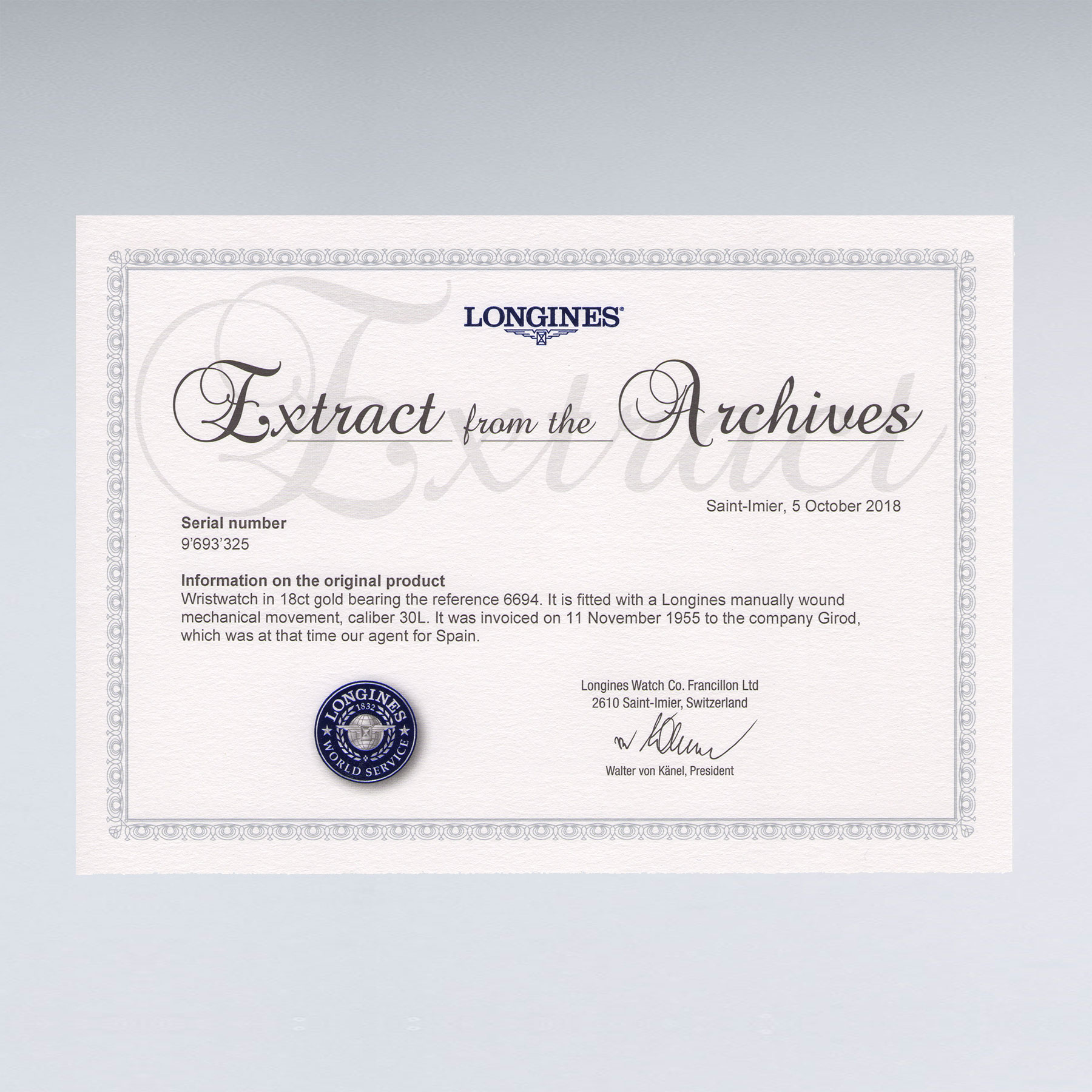 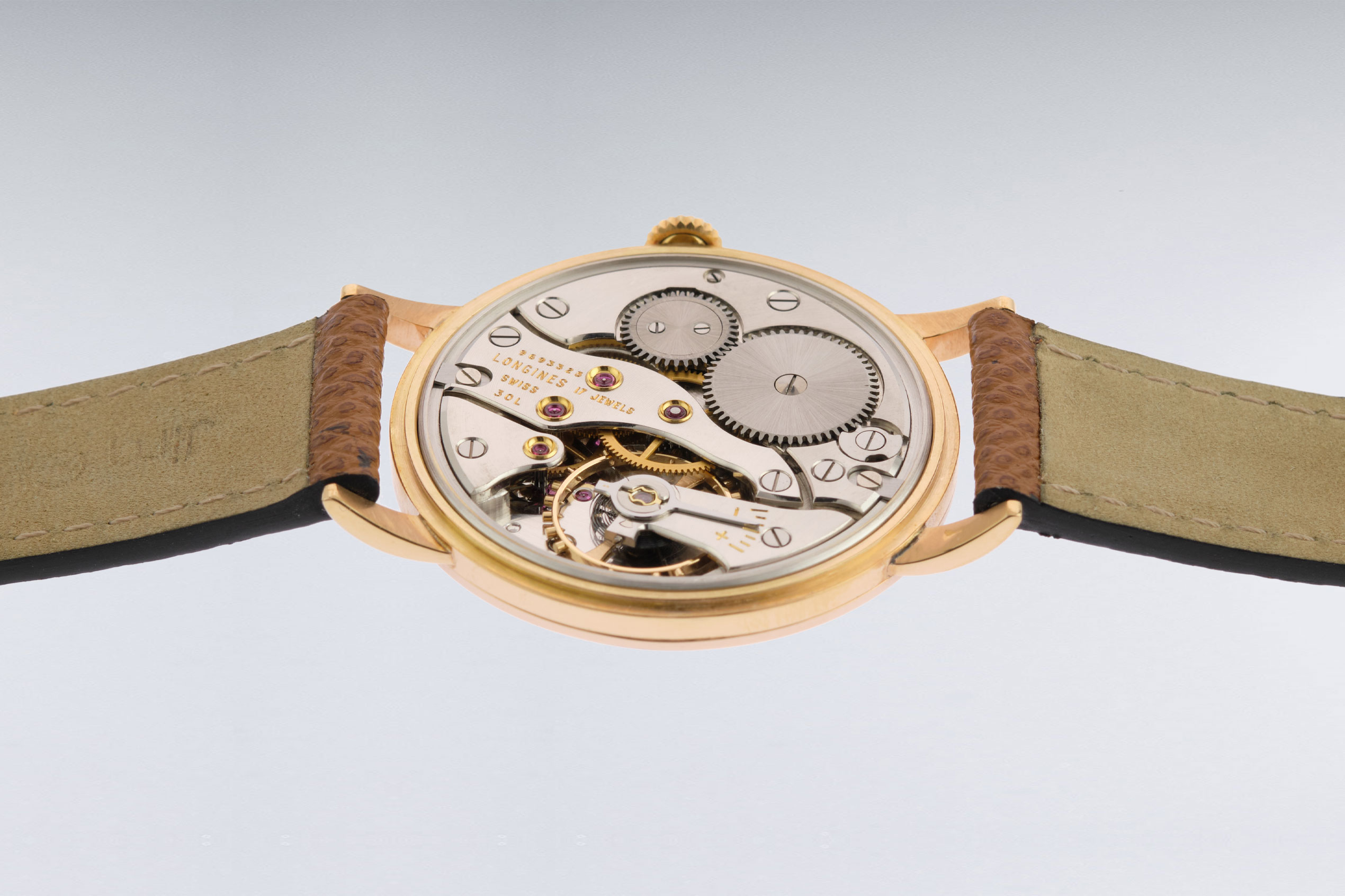